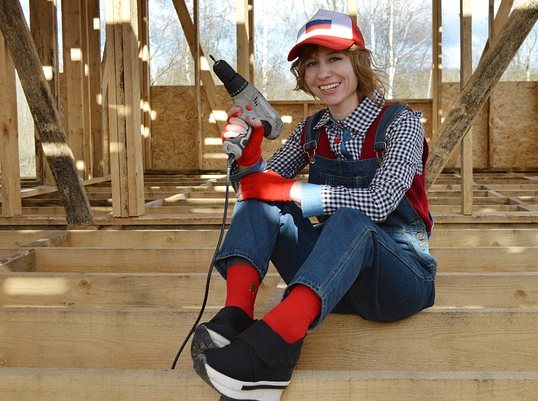 For whatever reason, you quit the carpenters union, and you are now thinking of going back, the first thing that might be circling in your mind is can you rejoin.

You can rejoin the carpenters union as long as you are eligible for their reinstatement. Every union has its own set of policies regarding reinstatement and these policies change every now and then. If you want to find out more and want to be sure if you are eligible, then we highly suggest talking to their representative first.

Usually, those who gravely violated the union membership policy and bylaws are not eligible for reinstatement. Likewise, those former members with dropped and terminated status are also not eligible. On the other hand, those with suspended status can be rejoined, as long conditions have been met.

Those with honorary withdrawal can also rejoin.

But how about those former members who have resigned without any awful record? That again will depend on the policy being enforced by the union. It is important for you to understand what is the specific rule concerning this.

Policies differ depending on the status you have. Have a dialogue with the union coordinator to learn more about that specific policy concerning your case.

Can Carpenter Apprentice Request to Rejoin After Being Cancelled?

Yes, a former apprentice can be reinstated into the union subject for approval. To request for reinstatement, submit a letter to the union explaining why you want to rejoin, the reason why you left, why you want to be back, and please don’t forget to include your correct full name, SSN and contact information so that they can communicate to you.

Please note that you have to wait six (6) months up to one (1) year from the time the union canceled you from the apprenticeship program before you can submit the letter request for reinstatement.

Reinstatement into the apprenticeship program will depend on the approval of the union and the availability of work.

If you’re successful in reinstating, your hours will be credited back to you, so don’t worry, you’re not back to zero. Every union has its own set of rules concerning work hours for reinstated members. The general rule is the longer you are out from the program, the lesser time will be credited to you.
Successful apprentices will be indentured under the new set of rules and regulations of the program if there are any recently implemented.

How to Rejoin the Union

Those who quit especially those who have been suspended must legibly complete an application form. The form can be downloaded from the union website. You will need to attach a letter of intent and explain why you want to rejoin the union and of course some other requirements. By the way, you would not have to undergo the standard application process as you might think.

The time it takes to be able to rejoin will depend on the availability of work, in some cases, those who register in the out-of-work list are usually the priority.

In some unions, you can only be reinstated once every 3-4 years as long as you hold an honorary withdrawal and meet stipulated criteria.
When reinstated, your initiation date may change. So be careful when making a decision of submitting an honorary withdrawal from the union.
You have to thoroughly read the reinstatement policy before opting for withdrawal. Get a copy of the current policy from the union, take a look at this specific rule.

Should You Quit the Union and Find Work Some Other Place

Whether you are a member or an apprentice, you can leave the union or terminate your apprenticeship, and if you are thinking of quitting, here are the things to take note of before we can conclude this article. We just want to make sure that you would not regret the decision you will make.

If you are in the situation of planning to quit, the best advice we can give is to take some time off. In this way, you give yourself some rest to make a rational decision. Remember, thousands of people are lined up just to be in your position as a union carpenter, think many times before making the decision.

If I were you, resolve whatever issue that hinders you right now – whether it is personal or work-related. Just be in the union, you would not regret your decision.

To Make a Conclusion

If you’re a former union member or an apprentice perhaps who is considering going back in the union, knowing the eligibility to rejoin is the first matter to know.

Read the union bylaws and constitution to help you learn more about details about your specific case before doing any action.

Drop by at the union office and personally talk to a representative, that way if you have any questions, you can ask directly to the coordinator. Knowing the small details will save you from big trouble.

We wish you good luck in your chosen career!

Answers to FAQs - Carpenters Read These:

Choose State Where You Are: