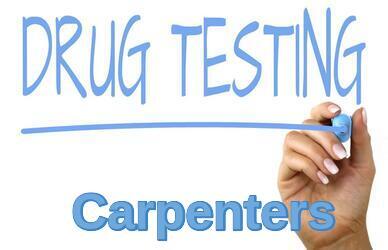 The question we often hear from beginners is do I have to pass the drug testing when joining a carpenters' union. We will enlighten you about that matter in this article.

All aspiring carpenters who want to take an apprenticeship are required to undergo drug testing when they enroll or join. Among other requirements are educational transcripts, work history, passing a written exam, and possibly an interview. These are strict requirements.

If you are planning in enrolling in a course with an extremely competitive applicant pool, drug testing is mostly done in the final part of the selection process. Failing to get one done automatically means you will not be accepted into the program.

The testing will continue while you are in the Apprenticeship Program and will be administered randomly regardless of your status year.

Some unions have launched new programs with several kinds of drug testing for their employees. These include pre-employment, random, and after an accident.

There are six types of drug tests:

There are other testing types you can undergo but the most common is the urine test wherein your urine specimen will be collected. Urine testing has the fastest turnaround time. Within 24 hours, negative results are released right away. A day or two more may be needed in some cases where further testing is required

To know more about details and other requirements in joining a union, you may get in touch with a Regional Council near you and join UBC (United Brotherhood of Carpenters), the largest building trades union. You can view UBC’s full list of Regional Councils in the US and Canada on this website.

How Often are Carpenters Drug Tested?

Drug testing for carpenters differs from scenario to scenario. Employers have the right to screen carpenters as a condition of employment. Here are the circumstances when you have to undergo this process.

Testing potential and current employees can help ensure a healthy and safe workplace. This also helps employees reach their full potential and not be deterred by the abuse of drugs.

A local lawyer can help you understand more about drug testing at work in your state. Carpenter unions have testing programs that apply to contractors and all their employees.

The schedule is based on each union’s drug-testing program. To cite an example, St. Louis – Kansas City Carpenters Regional Council members get tested every two years.

If you have already started with a job and are caught while working, you could be ordered to get counseling and/or get fired. Your union may fight for your right and not get you fired.

What Happens if You Test Tositive During Pre-employment?

Your employment as a carpenter may be terminated or revoked when you test positive. This is especially true when there is no medical reason for using drugs and as in many cases, the drugs used are illegal.

If your test results are positive, this means that one or more drugs on the drug panels included in the drug test were found in your body from the sample provided to the lab and the drug levels are above the cut-off or allowed levels.

In some cases where you get a positive test drug test result, the results are passed on to a medical review officer who then examines and/or investigates the results and looks for any possible valid medical clarification for the result.

It is also unavoidable that some false-positive test results happen. When this happens, you can request to retake the drug test. There are some companies or employers that allow the same sample to be re-tested.

If you are taking OTC medications and prescription drugs, another way to dispute a false-positive test result is by contacting your pharmacist and inquire if any of the drugs you are taking on a fixed basis can cause a positive drug test result.

Doing this extra step could clear you from the false positive drug test and not get your job offer revoked. There are also instances of inconclusive test results and most of the time, these are caused by user error.

It is reported that there is a 98% occurrence of such test results and they occur due to the following:

It is also worth noting that, no, it is not possible to get a false positive drug test from inhaling second-hand smoke. This is because there would not be enough concentration of the drug to go beyond the test cut-off level.

Can an Employer Still Hire You If You Failed?

This depends on your union’s policy and your employer’s policy. There are unions that will not allow you to work with them for 12 months following a failed drug test. However, if you failed a test with a previous employer, it does not mean that you will always have challenges getting a new job.

In the carpenter industry, drug testing is important to prevent accidents while on the job and allowing you to reach your full potential. It also promotes a safe and healthy work environment, minimizes downtime, and decreases absenteeism.

During interviews, hiring managers usually ask why you left your previous job. If the reason you were fired was because of a failed drug test, it is completely your decision if you want to divulge this information or not.

However, looking at the two sides of a coin, telling the hiring manager about your previous failed drug test may put your job candidacy at risk and they may not consider you for the job anymore, and not informing them about it could be seen as dishonesty by your future employer.

Employers have the right to let go of an employee who was dishonest during the job application process. Dishonesty can also be a basis for an employer to take back your unemployment benefits.

A carpenter shared that the apprenticeship board is made up of 50% union representatives and 50% contractor representatives and contractors might be stricter in regards to a previous failed drug test(s) since they have to look out for their best interest and are trying to avoid liabilities.

Remember that you can always re-apply and possibly get employment again. You can also look into a drug counseling course being offered that you can take which will allow you to re-apply after 6 months, another carpenter also shared.

Answers to FAQs - Carpenters Read These:

Choose State Where You Are: